Democratic leaders, there’s an elephant in the room By Bakari Sellers

Democratic leaders, there’s an elephant in the room

Bakari Sellers is a former Democratic member of the South Carolina House of Representatives and a CNN commentator. The views expressed in this commentary are his own.

(CNN)Life in Washington comes at you fast. One minute you’re a 10-term incumbent and chairman of the House Democratic Caucus. The next minute you’re endorsing a 28-year-old political newcomer and former bartender who just snatched away your aspirations for party leadership.

This was the unfortunate situation that Rep. Joseph Crowley, D-New York, found himself in after a primary loss last week to Alexandria Ocasio-Cortez.
Crowley is highly respected in the party, and was odds-on favorite to serve as the next minority leader or House speaker. Turns out Democratic primary voters don’t care about inside baseball in Washington. They want representation that looks like them. They want younger leadership that understands their issues, such as the crushing burden of student debt that keeps so many from the American dream.
And most important, voters want a party with a backbone and clear message.
Ocasio-Cortez was able to paint Crowley as out of step, ideologically, and also demographically out of touch with the average voter in her district. Crowley’s failure to debate her made clear his disconnect.
Keep in mind, many Democratic primary voters consider President Donald Trump to be only marginally worse than the Democratic establishment they believe takes them for granted. Ocasio-Cortez understood this, and she capitalized on it. 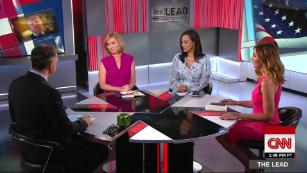 Rye: Pelosi reaction to NY primary winner ‘completely tone deaf’06:20
Ocasio-Cortez is a Democratic socialist, but her victory does not signal a move among Democrats toward that ideology. It does, however, send a clear message that there is a generational, demographic and tonal shift underway among the primary electorate. And if congressional Democrats want to remain relevant, they need to reckon with this change: They need a succession plan.
Think about it. Every successful organization has a succession plan that identifies emerging risks and cultivates new leadership that can evolve with an ever-changing landscape. Democrats have failed to produce such a plan.
Instead of a game plan for accommodating the party’s emerging voices in Washington, Democratic leadership this past week found time to chastise Rep. Maxine Waters, who has become the voice of Democratic resistance. This was incredibly tone deaf.
At a time when Democrats are marching for our lives and fighting family separations at the border, our party leadership appears to be more concerned about chiding young voters on their table manners. 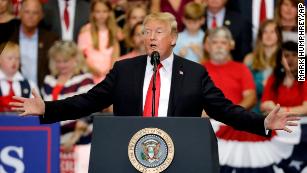 Without a succession plan, Democrats will likely see more contested primaries pitting young versus old candidates, and people of color versus white candidates. There will also be more intraparty squabbles between older establishment members and younger progressives who’ve had enough with politics as usual.
So what does an effective succession plan look like?
To begin, an acknowledgment would help. The face of the party should represent its future. And that future — confirmed again this past Tuesday — is younger, blacker, browner and much more progressive.
We must also revisit how we fill prominent roles in House leadership. That means elevating people like California Rep. Nanette Barragan, Illinois Rep. Cheri Bustos, and New York Rep. Hakeem Jeffries into household names in the party. It also means transforming Massachusetts Rep. Joe Kennedy, New York Rep. Grace Meng, and Louisiana Rep. Cedric Richmond into consistent fixtures on cable news and Sunday talk shows.
A succession plan also means making progressive stalwart Rep. Barbara Lee of California the next Democratic Caucus chairwoman.
A succession plan would restore credibility by allowing voters to see themselves in the party that is asking for their votes every November. Mayors Randall Woodfin and Chokwe Lumumba have been able to achieve this in Birmingham, Alabama, and Jackson, Mississippi, as have Stacey Abrams in Georgia and Justin Fairfax in Virginia. But outside of Ocasio-Cortez, this rarely occurs in Washington. 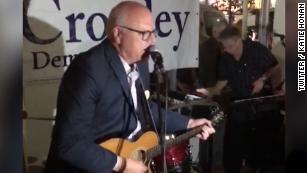 Crowley dedicates song to winner Ocasio-Cortez 01:10
Now let me be clear, I am not calling for progressives to unseat incumbents in every congressional district. If it weren’t for the current leadership team of Nancy Pelosi, Steny Hoyer and James Clyburn, there would be no Affordable Care Act, stimulus package, or Wall Street reform.
But fair or unfair, those legislative achievements are distant memories for the young, progressive voters that Democrats will need to flip Congress in November.
It is time to face reality. It might be uncomfortable, but it is necessary. We must plan for our future. And as Ocasio-Cortez proved last Tuesday, the future is now.