It’s Déjà Vu All Over Again for NH Social Services

This article is an interesting–and depressing–recap of recent political history in NH.  Depressing, because it recounts how we appeared to be on the verge of great progress many times in the past–education funding, de-institutionalizing the developmentally disabled, decentralizing the mental health system–only to see each fall far short because the legislature was unwilling to come up with the revenue for the needed change.  Will Medicaid expansion be the next casualty?  It will cost about $20 million a year in state dollars.  The federal government is no longer picking up 100% of the cost, and the current system where insurance companies and hospitals are covering the state’s share is no longer viable.  And yet the shortgage of money is a crisis that was made by the legislature.  Last year, the legislature voted for a big cut in business taxes.  About 70% of that cut will accrue to 4% of the businesses in NH, while the average person, and the propety taxpayers, take it on the chin. 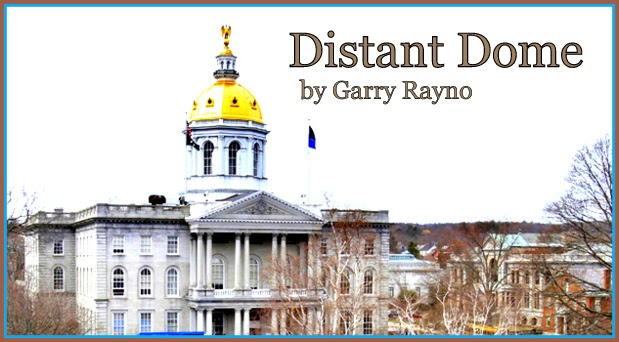 Distant Dome is co-published by Manchester Ink Link and InDepthNH.org

Innovative changes in New Hampshire social services often — over time — revert to the same old used to be.

Moving the developmentally disabled out of the Laconia State School and into their communities was cutting edge at the time. But instead of warehousing them, now many are on a waiting list the state has failed to reduce in a meaningful way in many years.

Similarly, decentralizing the state mental health system was just as innovative, but budget cuts to community mental health programs over the years resulted in a lawsuit forcing the state to improve services that remain a long way from the glory days when other states were emulating New Hampshire’s system.

Now the Medicaid expansion program — called the NH Health Protection Program — faces an edict from federal regulators to change how the program is funded on the state level. Currently hospitals and health insurers pay the state’s 10 percent of the costs with the federal government paying the remainder.

That contributes to the program’s uncertainty along with the Trump administration executive orders and withholding funds complicating an already difficult endeavor lawmakers need to complete by the end of the 2018 session.

One question mark is the daunting task of finding about $40 million in new money to pay New Hampshire’s share of the costs instead of relying on hospitals and insurance companies.

The last four or five years have produced significant revenue surpluses that could have supplied some of the money, but the good times are nearing an end with the pinch of shrinking revenue growth.

Medicaid expansion was a hard fight to establish in 2014 and to continue in 2016 as lawmakers — in true bipartisanship — created innovative provisions to corral enough votes to pass.

For example, New Hampshire is one of only two states to run the expansion program through the subsidized health exchanges with private insurance companies providing coverage for the state’s 50,000 newly eligible working poor.

Using private insurance did a number of things. For one, it provided hospitals and other providers with more money — at first all federal — than they would have received through the traditional state Medicaid program, notorious for reimbursement rates that are one of the lowest in the country.

The low rates are one of the reasons hospitals have such high uncompensated care. The state pays about 50 cents on the dollar for the care of more than 100,000 folks in poverty in the managed-care program.

That coupled with the amount of free care hospitals provide to the uninsured created a more than $400 million loss for hospitals and other providers before Medicaid expansion began.

The prospect of significantly reducing the amount of uncompensated care was one of the reasons hospitals were strong supporters of expansion and using private insurance to cover the newly eligible for Medicaid under the Affordable Care Act.

Medicaid expansion also forced insurers and the state to pay for services they had not always covered such as drug abuse treatment and prevention which was cited by former Gov. now US Sen. Maggie Hassan as a key reason to renew the program two years ago with the state in an opioid abuse epidemic.

She and other proponents argued providers would be willing to come to the state or expand treatment programs with the promise of government reimbursement at going rates.

Using the health exchanges also moved the risk from the state to the private insurers in the market which has had the effect of driving up premiums for everyone on the exchange because of higher than expected usage and consequently costs.

Many health professionals knew there would be an initial three-to-four-year period of uncertainty as the market adjusted for a population with unattended health issues because they could not afford care.

Misreading the costs along with the uncertainty in Washington forced several companies out of the individual market and creating instability. What would be the eventual outcome of efforts to repeal the ACA?

But the tax boost is not enough to cover the state’s 10 percent share of the program and maintain the positive aspects.

Uncertain financial resources loom large as federal regulators require the state to pay its share for Medicaid expansion after this fiscal year. So the race is on to find an alternative.

One alternative currently under discussion has been available since the ACA passed, use the traditional managed-care Medicaid system with its two private carriers providing coverage.

The Department of Health and Human Services, which runs the Medicaid program, commissioned a study by the actuarial firm Milliman that found expansion costs could be cut in half by moving the population from private insurance to the traditional managed-care Medicaid system.

That creates a two-tier system with different percentages for the federal government and the state. Under traditional Medicaid in New Hampshire — which largely serves poor children and pregnant women, and the disabled — the state and federal government each pay 50 percent, while the mix is 90 percent federal and 10 percent state for expansion.

That may appear complicated, but most states that expanded eligibility under the ACA put the newly eligible into their traditional Medicaid systems.

If lawmakers move the entire expansion population into traditional Medicaid that will greatly increase hospitals’ and other providers’ uncompensated care, eventually driving up premiums for all.

Even moving the sickest — the greatest cost to the system — will increase uncompensated care and in turn increase premiums for all.

Isn’t that what the architects of the NH Health Protection System wanted to avoid?

Well, times change and dollars talk the loudest in the current environment.

Hospitals are waiting to see what lawmakers do as two separate commissions are studying the situation, one how to stabilize the individual market and the other how to pay for the state’s share of the expansion population.

Add the uncertainty from Washington and you have an issue lawmakers will be grappling with for all of the 2018 session if not beyond.

Whatever happens, federal regulators are going to shut off the federal money spigot at the end of next year.

Before that happens, it is more than likely Medicaid expansion will look a whole lot like traditional Medicaid and that will create the same problems that forced lawmakers to think outside the box in 2014 to construct an innovative program that even some skeptics say worked to increase insurance coverage for the working poor and lowered the uncompensated costs.

Two steps forward and one step back, maybe even two steps back.

Garry Rayno can be reached at garry.rayno@yahoo.com

Garry Rayno’s Distant Dome runs exclusively on Manchester Ink Link and InDepthNH.org, where Rayno will explore a broader perspective on State House – and state – happenings. Over his three-decade career Rayno has closely covered the NH State House for the New Hampshire Union Leader and Foster’s Daily Democrat, and his coverage spanned the news spectrum, from local planning, school and select boards, to national issues such as electric industry deregulation and Presidential primaries. He is former editor of The Hillsboro Messenger and Assistant Editor of The Argus-Champion. Rayno graduated from the University of New Hampshire with a BA in English Literature and lives with his wife Carolyn in New London.