The Secretary of State confirms what we already knew:  there is no widespread voter fraud in New Hampshire.  In fact, the few instances of fraud are very few, and far between.  After the article is a brief and interesting explanation how the Secretary of State’s office used the crosscheck system to find people the samll number of people who might be voting in New Hampshire and another state.

If you are inclined to donate to my campaign for State Senate, you can do that here. 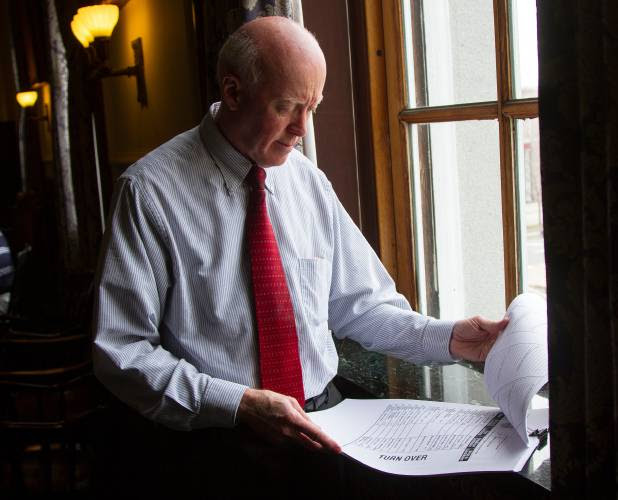 Fewer than 150 of the nearly 95,000 New Hampshire names flagged by a multistate voter registration database represent cases of possible fraud, the secretary of state said Tuesday.

The Interstate Voter Registration Crosscheck Program is aimed at preventing voter fraud by identifying duplicate voter registration records among those voluntarily provided by states. New Hampshire was among 28 participants last year, though some states have dropped out or are re-evaluating the program amid criticism that it results in false matches and doesn’t properly protect personal information.

After the 2016 general election, the system flagged 94,610 New Hampshire voters whose first and last names and dates of birth matched those in other states. That amounts to about 1 in 9 voters, but officials eliminated all but 142 of the matches after taking a closer look at middle names and other information, including the marked checklists maintained by poll workers. Of the 142, officials have sent 51 to the attorney general’s office for investigation and are waiting for information from other states on the rest, Secretary of State Bill Gardner told the Ballot Law Commission.

The review follows President Donald Trump’s claim that he lost New Hampshire only because “thousands” of people came by bus to vote against him. Trump, who also has alleged repeatedly and without evidence that voter fraud cost him the popular vote, later created an elections integrity commission, of which Gardner was a member.

The controversial commission was shut down in January after many states had refused to comply with its request for detailed voter data, and some commission members had reported requests for communication from leadership going unanswered.

“For the first time, we really have an idea about this,” said Gardner, who was criticized by fellow Democrats for serving on Trump’s commission. “It raises the question of, “What does someone mean by widespread voter fraud? Does this come anywhere near that?’ ”

While that’s a judgment call individuals have to make for themselves, he said, “we wanted to make sure we did everything we could possibly think of to bring this down so there wasn’t going to be this high number.”

The Ballot Law Commission also heard from Associate Attorney General Anne Edwards about other types of voter fraud. She described a handful of prosecuted cases for each election cycle in the last two decades, including people who voted in multiple places because they owned property in more than one town, a 17-year-old who voted under his father’s name and a woman who forged her son’s application for an absentee ballot. In the last 18 months, the office investigated 28 complaints, only five of which were founded. Those included an older woman who filled out her husband’s absentee ballot four days after he died, Edwards said.

“That does not sound like a pattern of activity; it sounds like a bunch of idiosyncratic issues, not massive voter fraud,” said Brad Cook, the Ballot Law Commission’s chairman.

Concerns about voter fraud have fueled multiple efforts in the Republican-controlled Legislature to tighten the state’s election laws, which currently allow college students and others who consider the state their home to vote without being subject to full-fledged residency requirements, such as getting a New Hampshire driver’s license or registering a vehicle. The Legislature passed a bill to align the definitions of domicile and residency, but Republican Gov. Chris Sununu has asked the state Supreme Court to weigh in on whether it is constitutional.

Republicans argue that it clears up confusion and ends the practice of having two classes of voters in the state. Democrats argue it amounts to a poll tax and will suppress the student vote.

Needles in a haystack

After a year-long review, most of New Hampshire’s 94,610 potential double voters have been ruled out

On May 29, Secretary of State Bill Gardner presented data to help answer a longstanding question: How many out-of-state people illegally voted in New Hampshire’s latest election? He did it using CrossCheck, a new state-to-state voter data sharing program that the Granite State joined in 2016.

But the program relies on just two data points: the voter’s full name (first and last) and birthday, leading to large levels of false matches due to statistical commonalities. Individual states are left to scrutinize those potential matches and narrow them down as best they can.

For its part, the New Hampshire Secretary of State’s office spent months sifting through the data, winnowing down the 94,610 potential “double voters” — an earth-shattering sum — to 142. Here’s how they did it, and what happens to those remaining.

The office starts with 94,610 voters found by CrossCheck to have the same names and birthdays and live in different states. After nixing those who voted in one state or not at all, almost all matches are eliminated.

Of the 4,579 remaining possible matches, another 3,624 are ruled out due to either having clashing middle names, clashing middle initials or a combination of the two. Three are eliminated for clashing suffixes.

With 955 matches left, the office gets creative. Officials turn to other databases beyond checklist comparisons, such as Lexis “Public Records”, ElectioNet, Post Office data, and state-to-state requests.

Among the new eliminating factors are differing social security numbers,  middle names, death and other circumstances, and in-state and out-of-statechecklist errors.

The remaining 142 potential matches stay in a state of limbo. 51 are sent to the Attorney General’s office for investigation. 91 stay with the Secretary of State, which is awaiting more info from states.