If you click on the link, the Boston Globe web site has a feature where you can see what gun laws each state has in seven different areas.

Many factors contribute to the prevalence of gun deaths. Rates of gun ownership — also relatively low in Massachusetts — and factors such as geography, education, and availability of health care all contribute.

Yet the death rate in Massachusetts is low not just because of good hospitals and favorable demographics, but also because our laws foster a more careful coexistence with guns.

Our laws could and should go further, but they recognize this much: Focusing on the cause of death — the weapons — is the best chance we have to keep more people alive.

Saving lives is a choice. It’s a choice the people of Massachusetts have made on a bipartisan basis, bit by bit, over decades. In the wake of the latest in a long line of mass killings, people all over the country appear ready to make similar choices. Some 67 percent of the country supports tougher gun laws, the highest level of support in more than three decades.

Here are seven common-sense laws, all of which are consistent with the Second Amendment, and all of which have been shown to make living with guns safer. 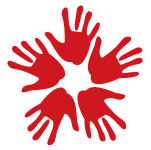 All violence is local. Most people who are shot are shot by someone they know. And no one knows more about a community’s security than the people charged with preserving it.

Chiefs of police are the right people to decide if a gun license should be issued to those who live in their communities. And they should be able to deny licenses to people they deem a threat to themselves or others. Subject to appeal, of course, this law gives police chiefs discretion and communities the power to make themselves safer.

Massachusetts passed such a licensing process for handguns in 1994 and extended it to shotguns and long guns in 2014. Gun licenses must be renewed, just like driver’s licenses. 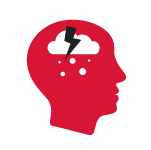 Overall, about two-thirds of all gun fatalities are self-inflicted. Unfortunately, humans will always take their own lives. But removing guns from the equation makes it far more difficult.

In Massachusetts, those deemed “mentally defective” are barred by law from owning guns. Mental health adjudications must also be reported to the National Instant Background Check System.

A new bill in the Legislature’s Joint Public Safety Committee, the Extreme Risk Protective Order, goes even further, allowing family members to petition the courts to temporarily remove guns from loved ones who are judged a threat to themselves or others. 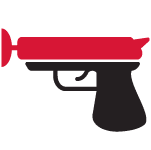 In 1998, Massachusetts became the first state in the nation to regulate and require manufacturing, safety, and marketing standards for firearms. “Saturday night specials,” cheap so-called junk guns, and plastic guns that can pass through metal detectors are illegal to sell, for instance. This will be an important area for legislatures to watch in an era when 3-D printing becomes more widespread.

Going forward, legislators should mandate two basic safety features that could save many lives now lost because users think the guns are unloaded. First, require that firearms be designed so that they cannot be fired when the magazine is not attached. Second, require load indicators, which show when the gun is loaded and when it is empty. 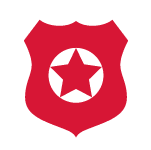 But an estimated half of all gun sales in the United States are private, meaning that there is no background check or record of sale.

Private sellers here are required to validate the license of any buyer and report the transfer to the state. But pending criminal charges from other states that would be revealed on a federal background check may not immediately result in a Massachusetts gun license being revoked. A new law that would require private sales to be completed at licensed dealers is pending in the Massachusetts House of Representatives. 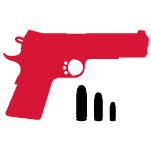 Millions of children live in homes where firearms are easily accessible, according to research. That’s why the law in Massachusetts requires that gun owners keep their guns unloaded and locked up when they are not in their direct control. There’s no better way to keep weapons out of the hands of children or a temporarily depressed teenager, short of keeping guns out of the house entirely. Little wonder that states that passed tough weapon storage laws saw their unintentional gun death rates for children under 15 plummet.

Gun owners in Massachusetts can be charged with criminal negligence if their weapons do find their way into young hands. Republican Governor Paul Cellucci signed this bill into law in 1998 in Massachusetts. Requiring the next generation of trigger locks and smart gun technology is an obvious and important next step.

What’s more, secure storage helps with a huge and rather obvious problem facing a country with millions of weapons — theft. Around a half a million guns are lost or stolen from private homes each year. 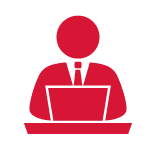 No rational government would ban research into a deadly public health crisis. But that’s just what Washington has done. The Centers for Disease Control and Prevention is prohibited from studying gun violence. Suicides are the 10th leading cause of death nationwide, and a majority are by gun.

States, which have always been central to public health campaigns from seatbelt rules to smoking bans, need to lead on gun research, too. Massachusetts tracks all weapons-related injuries and deaths through the Department of Public Health Weapons Related Injury Surveillance System. The state should aggressively fund the study of guns and public health, an area ripe for partnering with the region’s universities.

Even something as simple as gun ownership rates on a state-by-state basis has not been the subject of a reliable survey since the CDC’s 2004 Behavioral Risk Factor Surveillance System survey. 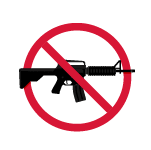 The federal government abdicated its responsibility to keep its citizens safe from semiautomatic assault weapons and ammunition magazines holding more than 10 rounds when it allowed a ban to expire in 2004. Since then, millions of weapons like the AR-15 have been scooped up by Americans. But they have no place in civilian hands.

Governor Mitt Romney signed a permanent ban on the sale and possession of assault weapons and high capacity magazines in 2004. Attorney General Maura Healey worked to enforce and strengthen it against copycat weapons.

Speaking of weapons of war that have no place in civilian hands, there’s one that all state legislators on and off Beacon Hill should ban: the .50 caliber sniper rifle.

It was designed as an anti-materiel weapon to take out vehicles or grounded fighter jets or attack helicopters from a mile away. It’s good at doing that. And it doesn’t belong in civilian hands any more than fighter jets or attack helicopters do. Yet you can buy one without a background check in 30 states, including Maine, Vermont, and New Hampshire.

Implementing Massachusetts-style gun safety laws in states across the country is neither altruistic nor paternalistic.

Toughening gun laws in other states helps keep weapons out of dangerous hands in Massachusetts, too. We know, for instance, that guns seized in Massachusetts have been traced to several states with looser laws, including New Hampshire, Maine, Florida, and Georgia. A compact among the New England states would be a promising idea to consider, synchronizing their laws in the interest of saving lives in the region.

More than 30,000 gun deaths per year is too high a price to pay for the absolute right to own an arsenal. The best — and the least — we can do is make it safer to live with the arsenal that will always be with us.