THE REPUBLICAN’S GUIDE TO PRESIDENTIAL ETIQUETTE 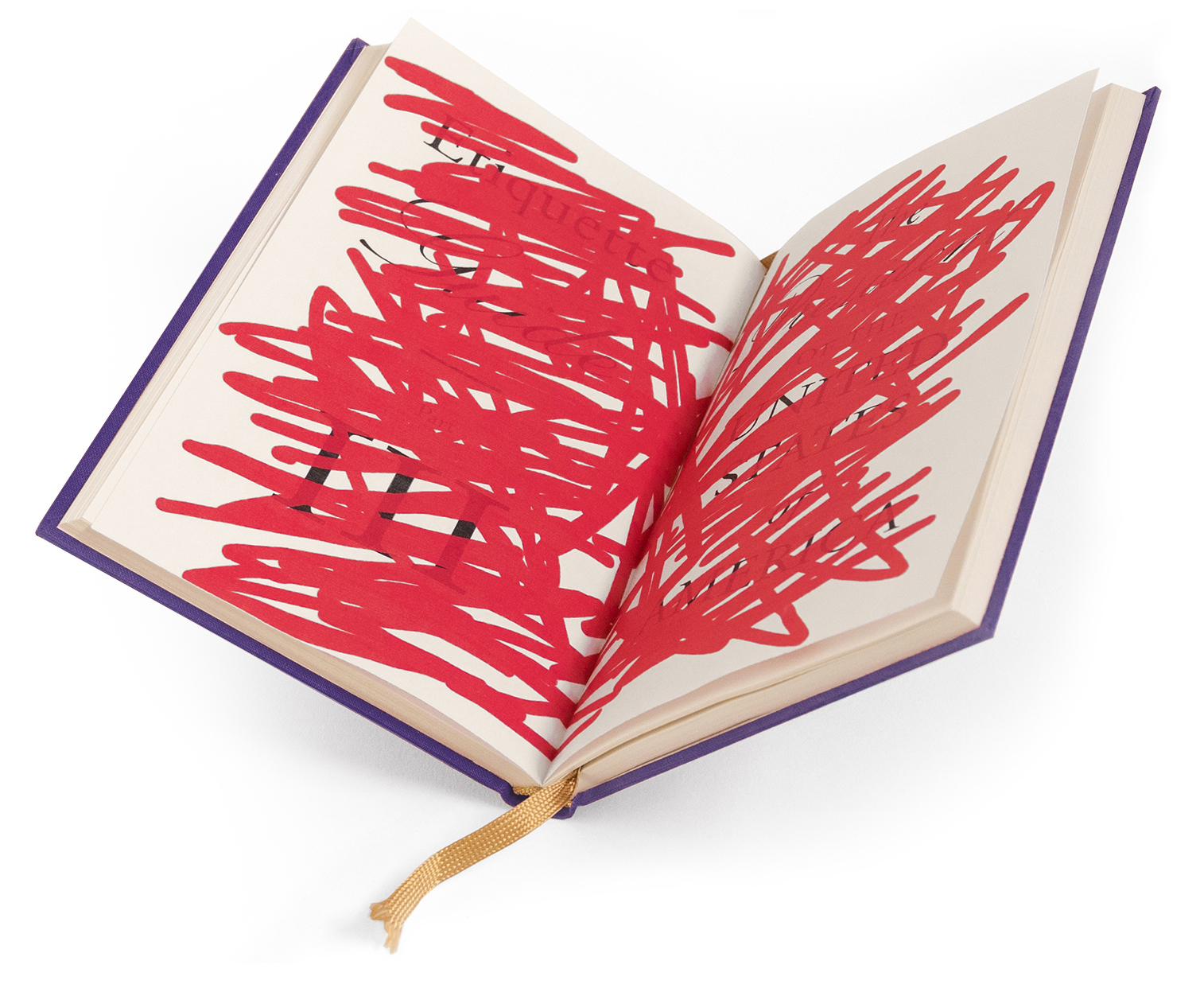 Illustrations by Delcan and Company

When the editorial board published the first edition of the Republican’s Guide to Presidential Etiquette last May, we hoped to provide a helpful reminder to those morally upright members of the G.O.P. who were once so concerned about upholding standards of presidential decorum. Remember the hand-wringing when Barack Obama wore a tan suit or tossed a football in the Oval Office?

Yet even as the current occupant of the White House continues to find new and shocking ways to defile his office, congressional Republicans have only lashed themselves more tightly to him. The examples come so fast that it’s easy to forget that the last one happened just four days ago, or just this morning.

As part of our continuing effort to resist the exhausting and numbing effects of living under a relentlessly abusive and degrading president, we present, for the third time in nine months, an updated guide to what Republicans now consider to be acceptable behavior from the commander in chief. As before, these examples, drawn from incidents or disclosures in the last three-plus months, do not concern policy decisions — only the president’s words and actions.

And no, we’re not even opening that Michael Wolff book.

IF YOU ARE PRESIDENT, YOU MAY NOW:

Imply, without evidence, that a television anchor was involved in a murder

Question the authenticity of a recording of you bragging about sexual assault, even though you previously admitted it was real 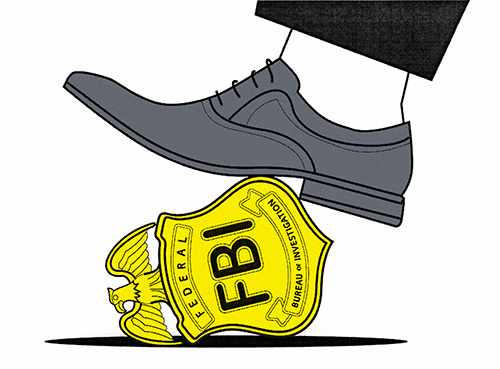 Say the F.B.I.’s reputation is “in tatters — worst in history” and call members of the intelligence community “political hacks”

Call the American justice system a “joke” and a “laughingstock”

Ask, in a meeting with lawmakers on immigration policy, “Why are we having all these people from shithole countries come here?,” referring to Africa, and “Why do we want people from Haiti here? Take them out.” 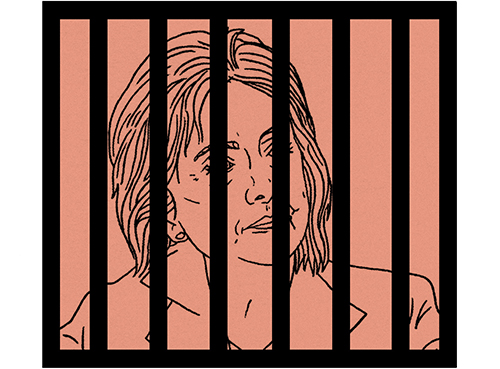 Continue to call for a criminal investigation of your former political opponent, whom you call the “worst (and biggest) loser of all time” a year after the election

Shut down a bogus voter-fraud commission because “Democrat states” refuse to turn over necessary information, even though states with both Democratic and Republican leadership did, and for good reason

Tell your rich friends after your tax bill passes, “You all just got a lot richer”

Boast that you have a higher I.Q. than your secretary of state, who fails to deny that he called you a “moron”

Defend your mental competency by saying that you are “like, really smart” and a “very stable genius”

Tell your attorney general not to recuse himself from overseeing an investigation into your campaign, then when he does anyway, call it “a terrible thing”

Falsely claim that your predecessor failed to contact the families of fallen soldiers, and then exploit the death of your chief of staff’s son to defend yourself

Tell reporters that “It’s frankly disgusting the way the press is able to write whatever they want to write, and people should look into it”

Warn American citizens in Puerto Rico, only weeks after a catastrophic hurricane, that the federal government can’t help them out “forever,” even as you tell victims of a hurricane in Texas, “We are with you today, we are with you tomorrow, and we will be with you EVERY SINGLE DAY AFTER, to restore, recover, and REBUILD!”

While debating policy with lawmakers on live television, accidentally agree to a deal that is the opposite of what your party wants, get corrected by the House majority leader, and then release an official White House transcript that omits the exchange

Claim that a new tax bill you support will “cost me a fortune,” even though it will probably save you millions, but who knows since you refuse to release your tax returns

Fail to grasp the basic science of climate change 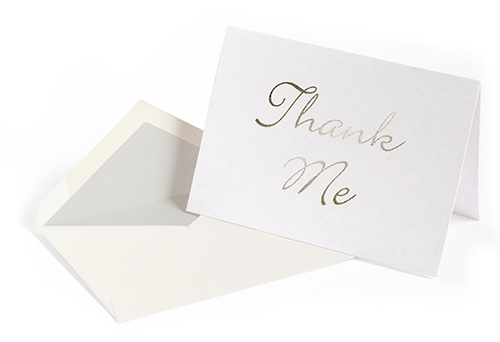 Tell attendees at a rally to be “happy you voted for me,” and that they are “so lucky that I gave you that privilege”

Continue to mock foreign leaders by implying that they are, among other things, “short and fat”

After helping to negotiate the release of college athletes arrested in China, say “I should have left them in jail” after the father of one of them — whom you call “the poor man’s version of Don King” — doesn’t express proper gratitude 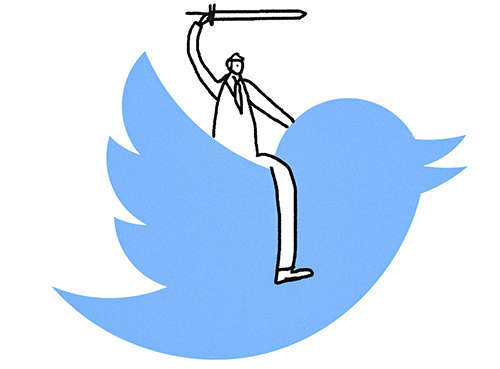 Get in a Twitter fight with a senator of your own party, during which you mock his height 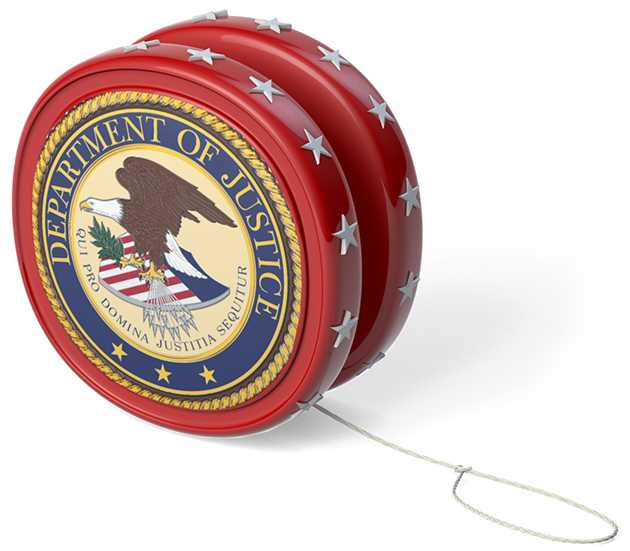 Tell your advisers that the 15,000 Haitians sent here in 2017 “all have AIDS,” and that Nigerians who saw America would never “go back to their huts”

Blame a domestic terror attack on a senator of the opposing party, and then undermine the prosecution of the attacker by calling publicly for his execution

Accuse an F.B.I. agent of treason without evidence

Watch four to eight hours of cable television a day, mostly the channel that feeds you self-serving propaganda

Choose for federal judgeships nominees who cannot identify or explain basic legal concepts, and who were rated “not qualified” by the American Bar Association

Taunt a foreign leader who claims he has nuclear weapons by saying your “nuclear button” is “a much bigger & more powerful one than his, and my Button works!”

Criticize a law that your party firmly supports, then, two hours later, reverse yourself

Mock an investigation into whether your campaign colluded with a foreign government to swing the election as a “phony cloud,” a “total hoax,”“fabricated and politically motivated,” a “witch hunt” and an “artificial Democratic hit job” that “makes the country look very bad”and serves as “an excuse for losing an election that they should have won” — oh, and also claim that the Democrats were the real colluders

THAT’S ALL IN ADDITION TO BEING ABLE TO:

Refer to the White House as “a real dump”

Spend the weekend golfing at your private club while the mayor of an American city wades through sewage-filled water to help citizens after a catastrophic hurricane, then accuse that mayor of “poor leadership” when she criticizes your administration’s slow response to the storm

During a visit to some of those victims, throw rolls of paper towels at themand tell them they should be “very proud” that only 16 people have died so far, unlike in a “real catastrophe”

Campaign hard for a Senate candidate; then when he appears likely to lose, say “I might have made a mistake” and later delete your tweets supporting him

Say nothing when a foreign leader’s bodyguards brutally attack peaceful protesters in the streets of Washington, D.C.

Help draft a misleading statement about the purpose of a meeting between your son, other top campaign aides and representatives of a rival foreign power intent on interfering in the election

Mock a female television anchor’s appearance, saying the anchor was “bleeding badly from a face-lift” at a holiday gathering at your private resort

Welcome into the Oval Office a man who threatened to assassinate your predecessor, whom he called a “subhuman mongrel,” and who referred to your political opponent as a “worthless bitch”

Continue to deny that Russia attempted to influence the presidential election, despite the consensus of the American intelligence community — and yet also blame your predecessor for not doing anything to stop that interference

Grant temporary White House press credentials to a website that, among other things, claims that Sept. 11 was an “inside job” and that the massacre of 20 schoolchildren in Newtown, Conn., was a hoax

Claim that an investigation into your campaign’s possible collusion with a foreign power is “the single greatest witch hunt of a politician in American history!”

Without consulting anyone at the Pentagon, announce a new policy barring transgender soldiers from serving in the military

Continue to repeat, with admiration, a false story about an American military general committing war crimes

Mock the mayor of a world city for his careful, sober response to a terrorist attack

Tell Americans that a march of torch-carrying white supremacists and neo-Nazis includes “some very fine people” — and when one of those marchers murders a peaceful counterprotester, condemn violence on “both sides”

Run an administration whose ethical standards have, in the words of the federal government’s top ethics enforcer, made the United States “close to a laughingstock”

Profit off the presidency, accepting millions of dollars from foreign government officials, businesses, politicians and other supporters who pay a premium to patronize your properties and get access to you — while also attempting to hide the visitor lists at some of those properties from the public

Promise to drain the swamp, then quietly grant ethics waivers to multiple former industry lobbyists who want to work in your administration

Tell a lie, on average, more than five times a day

Call for criminal investigations of your former political opponent, seven months after winning the election

Shove aside a fellow head of state at a photo-op

Delegitimize federal judges who rule against you

Fire the F.B.I. chief in the middle of his expanding investigation into your campaign and your associates

Accuse a former president, without evidence, of an impeachable offense

Blame the judiciary, in advance, for any terror attacks

Call the media “the enemy of the American people”

Accept foreign payments to your businesses, in possible violation of the Constitution

Claim, without evidence, that millions of people voted illegally

Fail to fire high-ranking members of your national security team for weeks, even after knowing they lied to your vice president and exposed themselves to blackmail

Hide the White House visitors’ list from the public

Vacation at one of your private residences nearly every weekend

Use an unsecured personal cellphone

Review and discuss highly sensitive intelligence in a restaurant, and allow the Army officer carrying the “nuclear football” to be photographed and identified by name

Hire relatives for key White House posts, and let them meet with foreign officials and engage in business at the same time

Display complete ignorance about international relations, your own administration’s policies, American history and the basic structure of our system of government