Mr. Trump and his conservative allies in Congress correctly grasp that many Americans dislike policies they associate with “welfare.” But most non-disabled working-age beneficiaries of these programs do, in fact, work, and critics of Mr. Trump’s plan argue that adding bureaucratic hurdles could hinder many otherwise eligible people from obtaining the coverage they need.

The reality is that more Americans than ever rely on social policies at various junctures in their lives and they value them highly. At the same time, they increasingly dislike government. These simultaneous trends embody a paradox I call “the government-citizen disconnect.”

Oddly, the conservative war on social policies and efforts to promote self-sufficiency began in the 1970s and 1980s — not an era of free-market success but rather when its failures became evident, as good-paying jobs departed from many Americans’ lives and communities. Most social policies, though long under siege, have survived.

The only policy lawmakers terminated is the one that used to be identified solely as “welfare” — Aid to Families With Dependent Children, which was replaced in 1996 with the more restrictive Temporary Assistance for Needy Families. Today, less than 1 percent of Americans use that program. It would have seemed that the struggle against welfare was over.

Yet in recent years, conservatives have begun associating the stigmatizing term “welfare” with more policies. This caters to a receptive audience: 44 percent of Americans report unfavorable views of welfare. I examined the factors that shaped these opinions, controlling for education, income, gender and race or ethnicity. Those in each of three middle-income groups, with household incomes from $35,000 to $99,000, were significantly more likely to feel unfavorably toward welfare. It was not just the “working poor” — those with incomes just above eligibility — who voiced their hostility; such views pervaded the middle class.

Members of the middle class may well feel that life has become harder for their families in recent decades, as they have increased their work effort but seen little income growth. Racial bias, too, helps explain these attitudes: Whites are significantly more likely to voice unfavorable views of welfare than people of color. 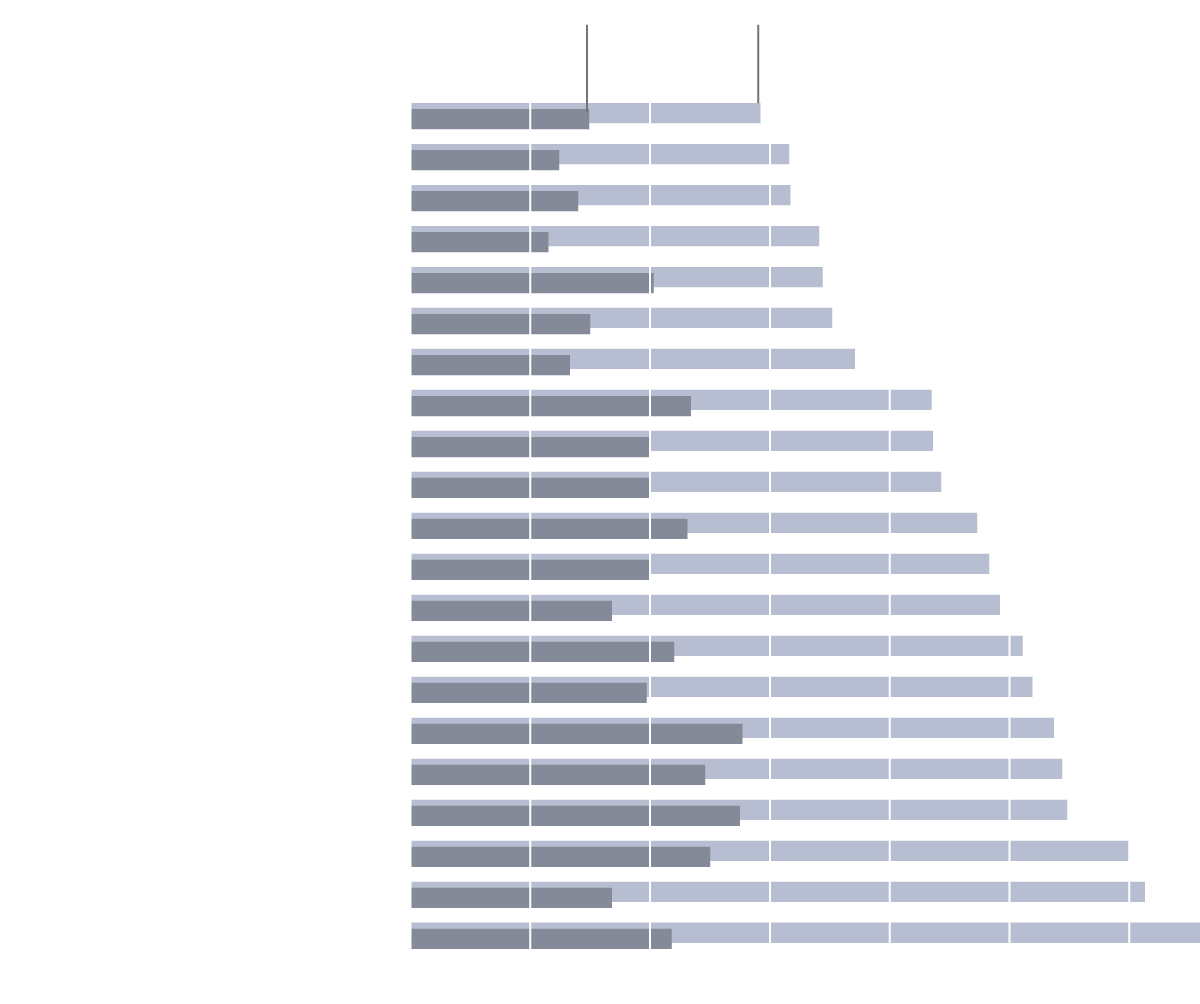 The Trump administration’s new initiative amounts to a marketing campaign to brand key safety net policies as “welfare,” undermining their legitimacy. But a divisive politics that draws lines between the deserving and the undeserving obscures actual developments.

The use of federal social transfers has grown in all states and in all counties throughout the nation, from 7 percent of the average American’s income in 1969 to 17 percent in 2014, according to data from the federal Bureau of Economic Analysis. While the aging of the baby boomers has elevated the amount of income gained from Social Security and Medicare, reliance on other policies has grown at a comparable rate, helping working-age people through decades of stagnant pay, greater job insecurity and reduced employee benefits.

Nearly all Americans use social policies at some point. In a national survey, I asked Americans which social policies they had ever used, out of 21 that aim to promote economic security, health care and educational opportunity. I included policies delivered in the form of public payments or services, in which government’s role is fairly visible, and those where it is more submerged, including benefits channeled through the tax code, like the earned-income tax credit or tax-exempt employer-provided health and retirement benefits. 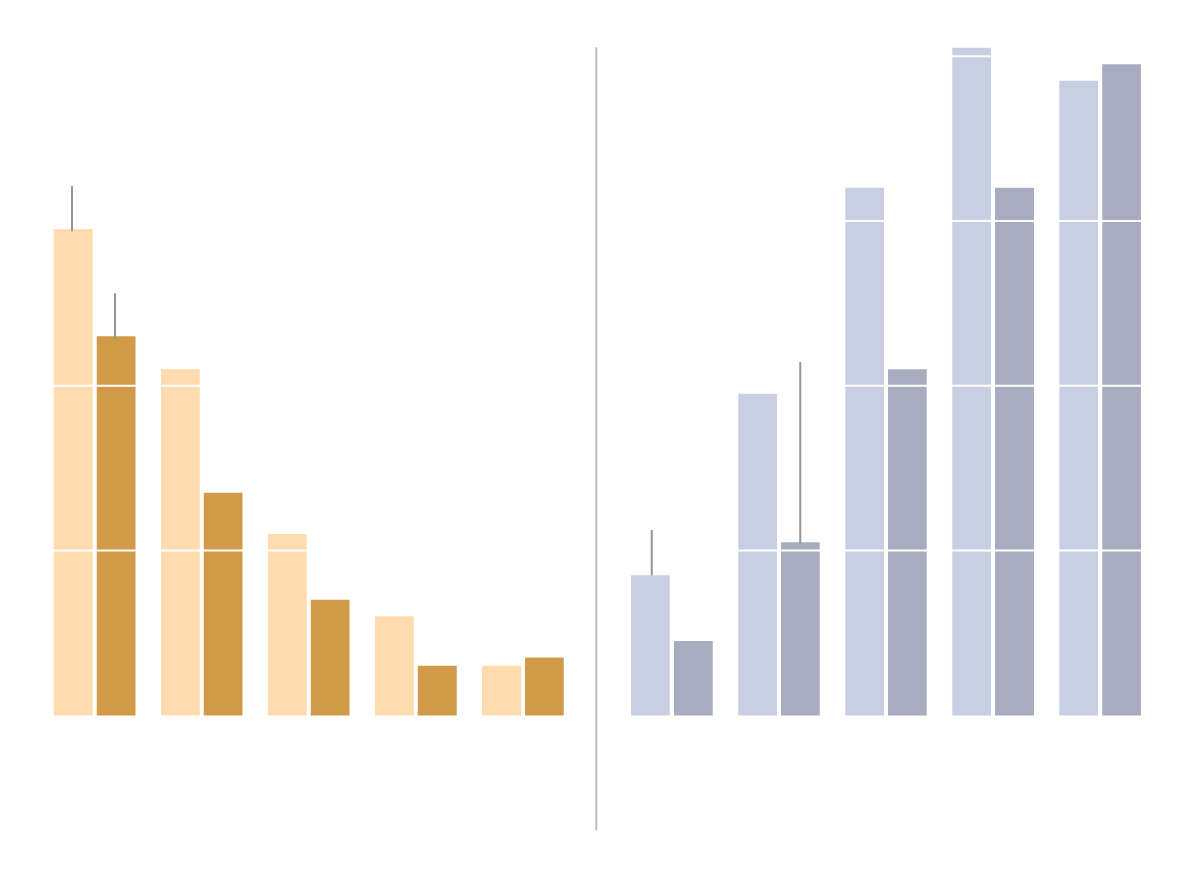 Benefits that skew to poorer Americans …

The average person has used 4.5 policies, one of which was a means-tested policy. Unsurprisingly, Americans in the highest income group have mostly used non-means-tested policies and those in the tax code. Yet over all they had used the identical number as those in the lowest income group. Similar patterns emerge across all economic, social and political divides. We are all beneficiaries of government.

But the high and growing use of social policies points toward the paradox I mentioned earlier. Even though Americans rely more on public social benefits than in the past, they hold extremely negative views of government, as evidenced by long-term trends in numerous survey questions.

What explains this government-citizen disconnect? Those who have used visible policies are more likely to feel that government has helped them in times of need or provided opportunities to improve their standard of living. Surprisingly, however, use of these policies fails to affect recipients’ viewsabout whether public officials care much about what people like them think or whether people like them have any say in what government does. Use of the submerged policies — which collectively cost the nation nearly $1.5 trillion annually — does nothing to engender more positive attitudes about government.

One factor, however, did consistently shape Americans’ views about government: their perception of “welfare.” Those who had highly unfavorable opinions of welfare, regardless of how many social benefits they themselves had received, held much more negative views about government. People seemed to view welfare as a microcosm of government: If they perceived it as a “handout” for the undeserving, or felt that they were unfairly denied benefits because they earned too much, they held government in low esteem. Conservatives capitalize on the willingness of many Americans to blame “welfare” recipients, while ignoring the pillaging of the public sector by the affluent through tax cuts and tax code benefits.

The government-citizen disconnect also engenders a participatory tilt in politics, as those who are most likely to take part are least aware that government has come to their aid and less likely to support expanded social provisions for others. It empowers politicians who seek to undermine the social policies on which so many Americans depend. Most important, it turns us against the very entity that holds the capacity to address society’s most pressing problems and on which democracy and freedom depend, our own government.

Suzanne Mettler, a professor of government at Cornell, is the author, most recently, of “The Government-Citizen Disconnect.”