In a series of opinions between 1993 and 2008, the New Hampshire Supreme Court established a set of constitutional principles that recognized and strongly affirmed the State of New Hampshire’s responsibility for the education of New Hampshire’s children. These holdings provide a vision for the scope of public education in the 21st Century and prescribe a simple standard for raising revenue to meet the State’s duty. The Court decision known as “Claremont II,” issued in December 1997, includes most of these core holdings. 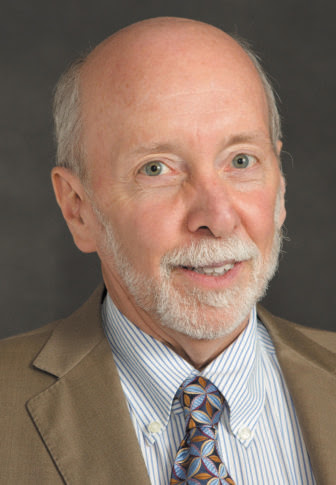 In recent months the public discussion about school funding has focused on the impact in schools across the state of declining enrollments, rising costs, and reductions in “stabilization aid,” one of the components of the current state funding. But these demographic, financial, and funding trends are only exacerbating two chronic and unresolved core problems in our school funding system: the low level of state aid and the heavy reliance on a deeply inequitable property tax system as the primary source of education funding. In my view, and that of many others, this deterioration has now reached constitutional dimensions, so much so that a new school funding lawsuit is urgently needed.

In response to the Claremont line of cases, the State created a comprehensive definition, in statute and rules, of what constitutes a constitutionally adequate education and is therefore the State’s responsibility. However, according to the NH Department of Education, the State’s adequacy funding and all other state aid to education actually constituted only 32.5 percent of the total funding for K-12 education in the 2016-17 school year.

The yearly per-pupil amount of state adequacy funding is fixed by statute, and for 2017-18 the basic allocation is $3,636.06 per pupil, with additional targeted allocations that can increase the maximum grant to $8,121.57 per pupil for certain categories of students. When these additional targeted allocations are taken into account, the average amount of state funding is approximately $4,476 per pupil, but, according to the NH Department of Education, the average actual annual per pupil cost in the 2016-17 school year was approximately $15,310. The percentage of the cost of K-12 education that is borne by the state government in New Hampshire is among the five lowest out of all 50 states.

The Consequence of the State’s Failure: Highly Unequal and Burdensome Property Tax Rates

Local funding, almost exclusively through property taxes, made up 60.1 percent of all school funding in the 2016-2017 school year. Even in the immediate aftermath of the Claremont case, the State never came close to paying for the cost of an adequate education, and State funding has stagnated for almost a decade while costs have continued to rise. So the burden on the local property owners is increasing while the State’s share of the funding shrinks.

As a result, property taxpayers are bearing an increasing portion of what is constitutionally the State’s responsibility through nominally “local” school property taxes that are imposed at tax rates that vary enormously among school districts. More than 20 property-poor school districts tax their residents at above-average rates, but the revenue they can generate is so limited that their per-pupil spending is lower than average, even with the state aid they receive. These school districts are cutting teachers, eliminating programs, and taking other painful steps to reduce expenditures. At the same time, children in school districts with more valuable real estate benefit from higher per-pupil spending, while their parents pay property taxes at much lower rates.

According to the NH Department of Education, in 2015-16 the average “equalized valuation per student” was $939,001. This is the measure of the property wealth that is available to be taxed in an average school district on a per student basis. If the property value per student is high, the tax rates can be relatively low. Total revenue will be higher than average because there is much more valuable property to be taxed. Conversely, a district with low total property values, and, therefore, a lower “equalized value per student,” must tax itself at a much higher rate to raise the same amount that a property-rich district can raise at a lower tax rate.

The following chart, based on data and reports of the NH Center for Public Policy Studies and the NH Department of Education, quantifies the fundamental unfairness of this system. It compares three pairs of school districts with comparable student enrollment levels — and large differences in property wealth per pupil. The chart shows how unevenly property wealth is spread among school districts. Even with the state adequacy funding taken into account, including the stabilization aid that the property-poor districts receive, the tax rates are highly unequal. Wealthy districts can spend more per pupil while levying taxes at much lower rates.

The four columns below from left to right include school district, equalized valuation, total state and “local” education tax rate per pupil and per pupil spending.

Certain property-poor districts do receive “stabilization aid,” which is an allocation of funds that was meant to soften the losses when “fiscal capacity disparity aid” was eliminated and the allocation for low-income children was reduced by the Legislature in 2011. In the 2016-17 school year, stabilization aid totaled $151 million, so it is a significant portion of the State’s current overall funding system. With stabilization aid, the total of Berlin’s state funding amounted to more than $9,000 per pupil, more than 50 percent of its total per pupil spending of $15,319. However, because of Berlin’s dismally limited tax base, its education tax rate is among the highest in the state, notwithstanding the considerable stabilization aid it receives.

These inequities and hardships will persist until the State is providing most of the funds ($1.79 billion) now being raised by local school districts through highly disproportionate tax rates. (As noted in the report from the NH Center for Public Policy Studies cited above, the annual 4 percent reduction in stabilization aid is and will be a serious financial loss for the property-poor districts like Berlin which are already beleaguered by the current funding system.)

From this analysis of the realities of the current school funding system, at least two potential legal claims become compelling. First, by not paying anything close to the true cost of a constitutionally adequate education as the State itself has defined it, the State is violating its constitutional duty to provide an adequate education, as prescribed in the Claremont rulings and Part 2, Article 83, of the New Hampshire Constitution. Second, by requiring school districts with greatly varying levels of property wealth per student to raise a large portion of the funds needed to meet the State’s duty, with the resulting disproportionate tax rates, the State funding system violates the holding in Claremont II and Part 2, Article 5, of the Constitution that any tax imposed to raise funds to meet the State’s duty must be administered at a uniform rate across the State.

Such a case could conceivably be brought against the State by some combination of property taxpayers (homeowners and business owners), parents (who could also be property taxpayers), students, and school districts from a number of property-poor communities, all of whom suffer from the current system. I am at a very early stage of discussions with NH lawyers, education officials and experts, and others about the possibility of filing a new case, although no decision has been made to proceed. If you are interested in participating in these discussions, please feel free to contact me via email at jtobinjr@comcast.net.

“We hold that part II, article 83 imposes a duty on the State to provide a constitutionally adequate education to every educable child in the public schools in New Hampshire and to guarantee adequate funding.” Claremont School Dist. v. Governor, 138 N.H. 183, 184 (N.H. 1993). [Claremont I]

“‘Given the complexities of our society today, the State’s constitutional duty extends beyond mere reading, writing, and arithmetic. It also includes broad educational opportunities needed in today’s society to prepare citizens for their role as participants and as potential competitors in today’s marketplace of ideas.’ Claremont I, 138 N.H. at 192, 635 A.2d at 1381. A constitutionally adequate public education is not a static concept removed from the demands of an evolving world. It is not the needs of the few but the critical requirements of the many that it must address. Mere competence in the basics — reading, writing, and arithmetic — is insufficient in the waning days of the twentieth century to insure that this State’s public school students are fully integrated into the world around them. A broad exposure to the social, economic, scientific, technological, and political realities of today’s society is essential for our students to compete, contribute, and flourish in the twenty-first century.” Claremont School Dist. v. Governor, 142 N.H. 462, 474 (1997).  [Claremont II].

“We hold that in this State a constitutionally adequate public education is a fundamental right. In so doing we note that “[t]he right to an adequate education mandated by the constitution is not based on the exclusive needs of a particular individual, but rather is a right held by the public to enforce the State’s duty.” Claremont I, 138 N.H. at 192, 635 A.2d at 1381.” Claremont II, 142 N.H. 462, 474